Free Community College Is a Big Deal. Debt-Free College Would Be Transformative.

By Mark Huelsman
This article first appeared on Demos.org

Today, President Obama announced a proposal to make two years of community college tuition-free. Specifically, the Administration is proposing a new federal-state partnership, in which states guarantee free tuition at community colleges for students who attend at least half-time, in addition to ensuring that students’ credits at community college are fully transferrable to public four-year colleges and universities, and that the institutions themselves maintain a level of program quality.

This might seem like a novel concept, but it actually dates back nearly 70 years, to a Truman-era commission that recommended guaranteed free education up to a “14th grade.” It’s also a big deal, and a powerful signal to students about the importance of postsecondary training, from technical school to science and liberal arts.

But it would be just as powerful a signal if we promised students a debt-free system of public higher education, one that could be financed entirely through part-time or summer work and modest savings. Doing so would simply provide this generation of college students with the same opportunity that was promised a generation or two ago.

Several commentators have already mentioned that making community college tuition-free would not eliminate borrowing among community college students. Over 4-in-10 associate’s degree recipients at public colleges take on debt in order to receive the credential, averaging about $14,000—amounts that spiked in the Great Recession. 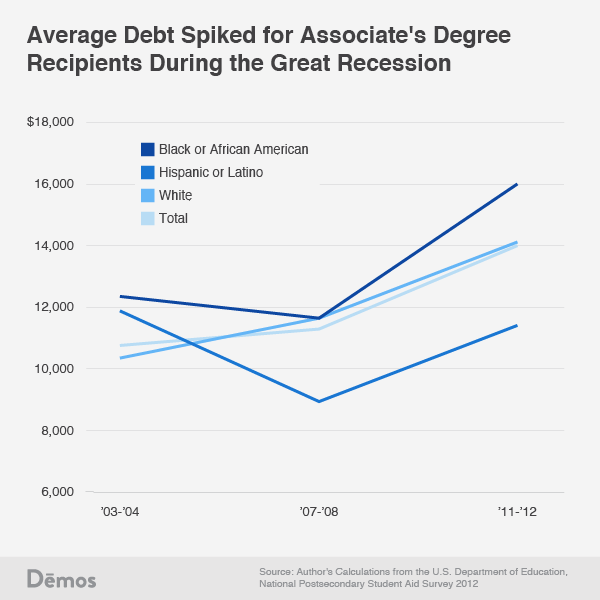 But tuition actually makes up a small portion of the cost of attending a community college, with most coming from living expenses (rent or room and board), computers, books, supplies, transportation, and child care, not to mention the implicit cost of reducing or eliminating work hours to attend school.

Waiving tuition up front would free up other financial aid dollars—including Pell Grants—for those expenses. In fact, for low-income students, it would have the practical effect of increasing the Maximum Pell Grant by 50%. But the federal government and colleges provide aid, and students borrow for, the total cost of attendance beyond tuition. Eliminating tuition would still result in low-income and working-class students having unmet financial need.

If we instead focused on making community college debt-free, students wouldn’t have to worry about whether or not they can cobble together enough financial aid to meet the total cost of college. 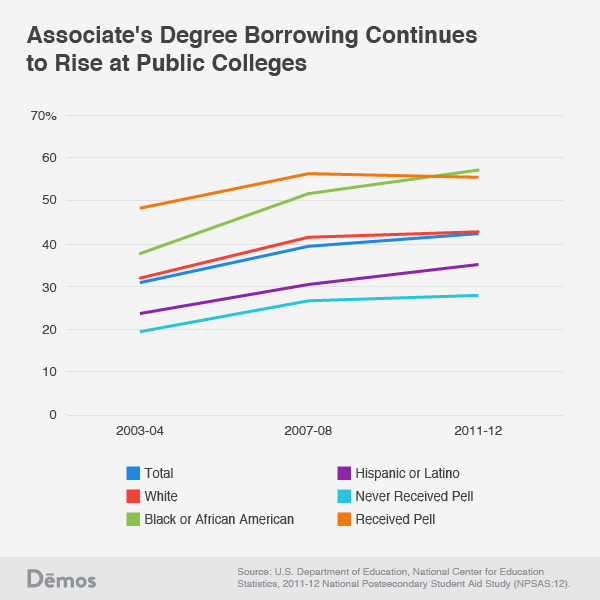 The effect would also be felt by low-income students and communities of color. Right now, 57 percent of Black students borrow to earn an associate’s degree at public colleges, compared to 43 percent of white students. 55 percent of students who receive Pell Grants—in other words, they already receive some money to defray the cost of college—borrow for a 2-year degree, compared to less than one-third of those who don’t receive Pell. 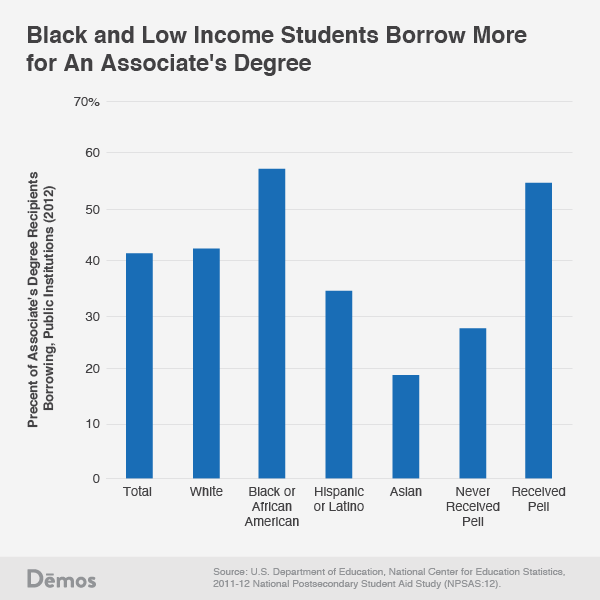 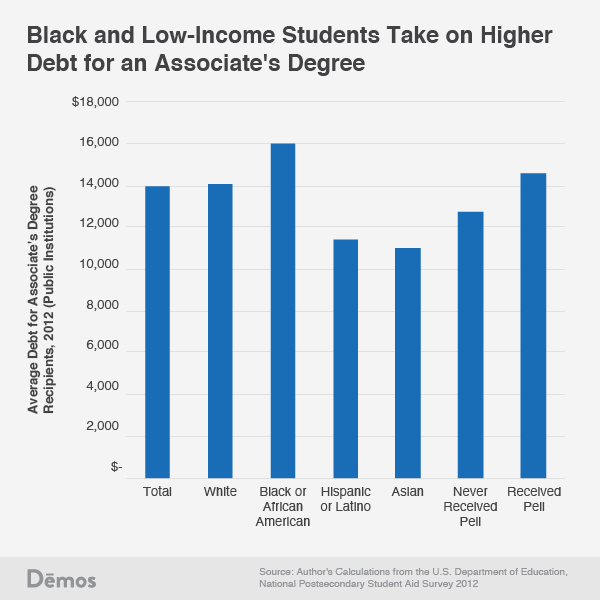 And debt-free college would also lower the disastrous stakes of dropping out. Dropping out of college used to mean a student more or less lost the earnings he or she could have had rather than attending school. But now, dropping out often comes with a student loan balance on top of lost earnings. Currently, one in three students, including over four-in-ten Black students, who borrow at community colleges never receive a credential. Even a small amount of debt without a degree can lead to becoming delinquent or defaulting on a loan. But a debt-free guarantee would make it so students who dropped out weren’t destined for financial ruin—an important development considering college completion rates have remained the same for several decades now.

Finally, the president’s free tuition proposal, as well as an expanded debt-free guarantee, place community colleges in stark contrast with their direct competitors: for-profit colleges that often charge exorbitant prices while offering similar programs, often with dubious value in the labor market. Community college is already a great deal compared to for-profit 2-year institutions—where average debt sits around $25,000, and many more borrowers drop out without a credential. But thanks to heavy advertising by for-profit colleges, state funding cuts, and a confusing system of financial aid, it’s hard for students to see the deal.

By attaching the word free, or debt-free, in bright letters, the Administration is hoping to leverage a pretty powerful psychic benefit. In Tennessee, the state whose free-tuition program helped inspire the Obama Administration’s plan, nearly 9-in-10 high school seniors have signed up for potential eligibility. The Administration deserves credit for improving upon Tennessee’s plan, which only covers tuition costs that are not currently covered by aid (meaning other non-tuition expenses aren’t eligible), and can only be accessed by graduating high school seniors who attend college full-time. But the Tennessee experiment shows that students respond heavily to the perception of a free education.

It wasn’t until the mid-1990s in which borrowing for college became the norm. Before that, low tuition and high state investment meant that students could afford college via part-time work or modest savings. But decades of neglect in our public institutions has led to a moment in which students borrow $30 billion each year to attend public colleges and universities.

Making public higher education a public good again isn’t going to happen overnight, and the idea of free tuition for the 45 percent of American students who attend community college is a nice start. Making public college debt-free again could be transformative.